BBNaija: Esther gets evicted from the house 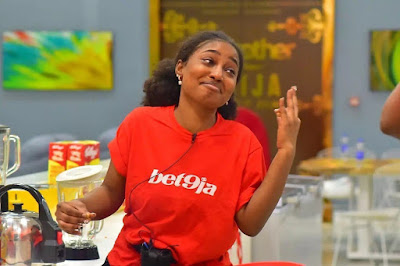 Big Brother housemate Esther have been evicted from the show, making them her the 13th person to leave the house since the show began on June 30.

A lot of drama has been happening in the house with viewers picking their favourite housemates by reflecting it in their votes. Esther who was head of house for a short while had her privileges halted when Khafi took over after winning a game.

Judging from recent Twitter polls, Esther seem to be the least liked housemate and some social media users have been anticipating her exit from the house especially because of her relationship with Frodd.

Some had opined that Esther is manipulative and only using Frodd because she is aware of how he feels about her. However, since the game host, Ebuka, announced the eviction of Esther, Frood could be seen taking it the hard way.

This week Tacha, Sir See, Frodd, Venita, Cindy and Esther were up for eviction and Esther appears to be the housemate with least amount of votes.

Although the recently evicted housemate took it in good fate, her lover, Frodd was captured shedding tears and weeping over her departure. 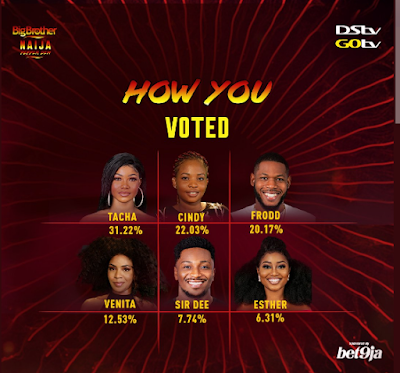 As an element of surprise, Jidenna, showed up in the house and just as he walked in with Ebuka, the housemates were asked to freeze. See below:

Yo! Yo! Yo! @Jidenna is in the Pepper Dem House!#BBNaijahttps://t.co/4cHCj0BQLa pic.twitter.com/jzzcPBQngN
— Big Brother Naija (@BBNaija) September 1, 2019