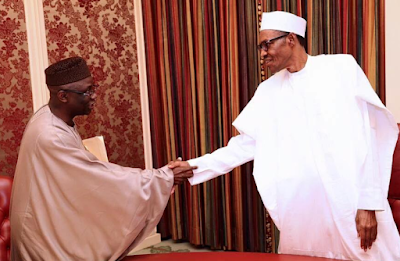 Bakare made the statement on the sidelines of the Bill and Melinda Gates Foundation’s Annual Goalkeepers meetings in New York, on Friday.

He said 50% of Nigerian youths are not employed while 25% are unemployable.

According to him, the current system has huge implications on the economic development and life outcomes of young people.


“In the past, when you are coming out from the university, there are regular jobs, car loan and other facilities that will keep you in the country,” Bakare said.

“Right now, because of the lack of jobs, job creation has become a major issue. Our young people are now taking to crime and are benefiting from proceeds of crime and kidnapping.

“But with the right policy in place, we can inject new ideas that will create jobs for our people.

“I trust God that the right leadership will come. I call them a new breed without greed that will consider others and begin to create opportunities for us within our countries.

“About 50% of our youth are not employed and 25% of them are not employable. So, there is something fundamentally wrong with our education system that is producing semi-illiterates.”

The pastor, therefore, called on the government to review the education curriculum saying Nigeria would need better-educated graduates to cope and compete in the world.

Bakare had trended at the weekend after a February 2018 video recording where he said he is “number 16” after President Muhammadu Buhari, who he says is “number 15″ in the ”scheme of things” resurfaced.

The Bill and Melinda Gates Foundation’s Goalkeeper’s report, which measures the state of performance of the SDGs across the world, had said there is inequality in almost every location in the world.

According to the report, the quality of education people receive differs depending on the state or local government area they live in.

The report showed that a girl born in Ado Ekiti will most likely finish her secondary education, but if the same girl were born in Garki local government in Jigawa, she will not complete primary education.