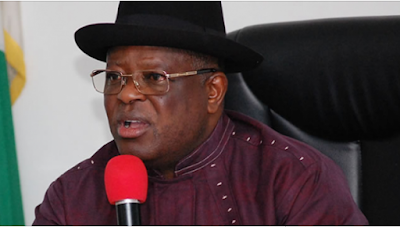 David Umahi, governor of Ebonyi, has approved the appointment of 180 additional aides to serve as executive assistants (EA) and senior technical assistants (STA).

Umahi had on August 6 said he would not appoint more aides after the number of members of the state executive council increased from 70 to 83.

The appointees include two former members of the state house of assembly and Dorothy Obasi, ex-deputy speaker.

A statement by Clement Nweke, principal secretary to the governor, directed the appointees to report for their documentation on Monday.

Some of the appointees to the STA position include Kelvin Opoke, retired assistant inspector general of police (AIG), Stephen Orogwu, former permanent secretary of the ministry of agriculture and natural resources, Maxwell Umahi, state vice chairman of PDP, and Oliver Nwachukwu, a former member of the state house of assembly.

In July, the governor said many people were jostling for different “juicy political appointments” in his administration, and that over 10,000 indigenes had applied for different positions following a job advertisement that was published.

The governor had warned that those who perform below expectations would be fired, saying that his government is “come and work not come and chop”.