Woman beats up her daughter to death for stealing ₦350 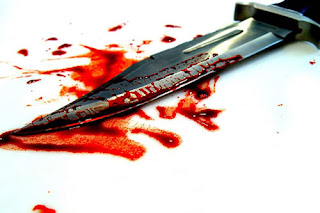 The Plateau High Court on Wednesday ordered that a 37-year-old woman, Adeyola Afonja, who allegedly beat her eight-year-old daughter to death for stealing N350, be remanded in prison custody.

The Police charged Afonja, who resides in Etobaba Village, Jos North, with culpable homicide, an offence punishable with death if convicted.

Justice S.P. Gang gave the order after the visibly distraught mother pleaded not guilty to the charge, stating that she only wanted to correct her child.

Justice Gang adjourned the case until October 8 for continuation of hearing and to enable her get legal representation.

Earlier, the Prosecution Counsel, Inspector Onegbenoise Osho, had told the court that the accused person used a cable wire to flog her daughter in a bid to correct her after she had allegedly stolen N350 from her mum.

Osho alleged that the little girl collapsed during the fatal beating and was rushed to the Plateau State Specialist Hospital, were she was confirmed dead on arrival.

The prosecutor added that the accused mother immediately informed her husband, Mr. Anisuida Felix, whom she is separated from, about the development.

He said that Felix reported the matter at the Nasarawa Gwom Police station.