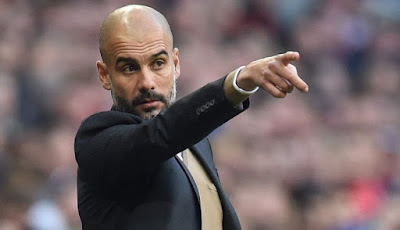 Pep Guardiola has mocked the Video Assistant Referee(VAR) for inconsistency after Manchester City were denied a late winner in the 2-2 draw against Tottenham.

He even suggested that the VAR could sometimes slip into coffee break, while a match is ongoing.

Gabriel Jesus thought he had slammed in a last-gasp third goal for City, only for VAR to chalk the strike-off due to a handball from Aymeric Laporte – in scenes similar to those from the epic Champions League clash against Spurs last season.

While the video review system came to Spurs’ rescue, it did not aid City earlier in proceedings, when Erik Lamela clearly manhandled Rodri from a corner.


Guardiola was swift to point out the discrepancy, joking VAR was taking a break during the incident.

“In the first half, the penalty? Ask the two referees around the corner. Then go to London to ask the VAR,” he said in a news conference.

“Why is it not handball with [Fernando] Llorente in the Champions League quarter-final last season, but why is it hands today? Why?

“That is what needs to be clarified. Why is [Andreas] Christensen not hands, and the Wolves game is hands?

“It’s a pity because it’s the last minutes. We lived through the Champions League and today it’s the last action and we scored a goal. But ask the VAR guys.”

Jesus replaced Sergio Aguero, who appeared to argue with Guardiola as he left the pitch, but City’s boss shrugged off any suggestion of a serious dispute.

“He believed that I was unhappy with him for the goal we conceded,” Guardiola said.

“But it was just the fact that I wanted movement in that moment and Aguero could not do that. But it’s part of our game, it’s emotions and we talked after and talked during. I love him a lot.”