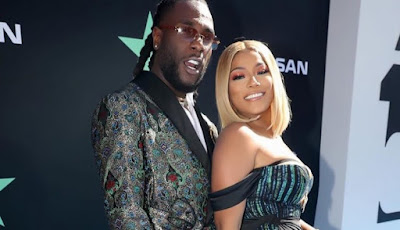 Stories of their purported breakup hit the internet after popular social media blog, InstaBlog9ja updated the initial story with some clips to back up their story.

The clips which they uploaded backed up their story as in it Burna Boy was seen with actress Shyngle who was reported to be having a fling with the Nigerian singer before and during his relationship with Steff and has now led to the breakup, that according to the story.

With the story hitting social media it went wild as everyone was shocked to hear that.


But Stefflon Don has rubbished the claims stating that the videos uploaded by InstaBlog9ja were old rendering the story that led to the rumour useless.

See what she posted beneath.