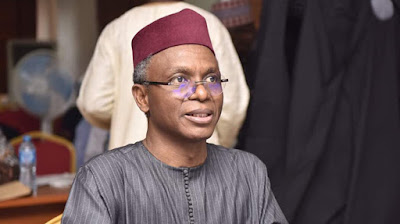 The Ohanaeze Ndigbo Youth Council, OYC, Worldwide on Friday insisted that the supposed agenda of the Kaduna State Governor, Nasir El-Rufai, to succeed President Muhammadu Buhari in 2023 is dead on arrival.

OYC was emphatic that El-Rufai’s presidential ambition was doomed to fail due to the prayers of Southern Kaduna Christians.

The body, which spoke in condemnation of El-Rufai’s call for the abolition of zoning formula for the presidency, stressed that the governor was trying to “thwart” the opportunity of an Igbo man to become President in 2023.

A statement signed by the OYC President-General, Mazi Okechukwu Isiguzoro reads: “Ohanaeze Ndigbo Youth Council Worldwide wanted to ignore the recent vituperative tendencies of a loose cannon who is blinded by his ambition to become president by championing the abolishment of Zoning formula and gentleman’s agreement that had existed between North and South since 1999, but because of posterity’s sake, We wish to remind Kaduna state Governor, Mallam Nashir El Rufai, that Christians Prayers from Southern Kaduna will never allow him to succeed in his presidential project.

“El Rufai was a major beneficiary of zoning arrangement in 2015 Guber elections in Kaduna, now wants to thwart the glaring opportunities for a Nigerian President of Igbo stock in 2023, we are aware that El Rufai wants to be the running mate to a Christian Pastor and Professor of law, who is studying the body language of the President to know how to navigate the storm at the appropriate time.

“We wish to debunk any insinuation and fears,in some quarters that the North will use Suspended Ruga settlements as a bait to negotiate with Southern Nigeria especially igbos on 2023 Igbo Presidency project in exchange for Ruga settlements as not only a huge joke but total fallacy, from assurances from credible and prominent Northern groups, what is expected of Igbos is to bring on the best Presidential material either a Sitting Governor or a former Governor from the South East that will rejig Nigeria’s potentials back on track as truly as Giant of Africa not standing on mosquitoes legs.”