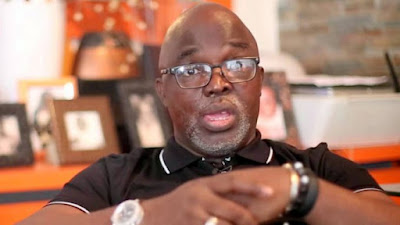 Weeks before Nigeria’s football chief exited as vice president of the Confederation of African Football (CAF), a corruption probe letter had caused animosity between both parties.

Upstaging the then emperor of African football, Issa Hayatou, was never going to be a child’s play; with the Cameroonian enjoying a 29-year spell largely unchallenged at the top.

Getting Mr Hayatou off the way required nerve and tenacity and that was what the NFF through its president, Mr Pinnick, helped galvanize, which led to the landmark victory that installed the new order in CAF.


With the emergence of Ahmad Ahmad as the new CAF President, it was only normal to reward his allies with key positions to help in effecting the changes professed during the polls.

However, barely halfway through its first tenure in office, the CAF leadership developed a strained relationship with one of its closest allies in the NFF.

The intense politicking and perceived betrayal culminated in a ‘palace coup’ that saw Mr Pinnick lose out in the CAF hierarchy during the Executive congress held at the recent Africa Cup of Nations in Egypt.

While Mr Pinnick’s ouster was the climax of what has been a frosty relation lately, findings  show that the NFF already had issues with its African body over a letter written to it by an investigative panel from Nigeria.

The letter, obtained from the NFF secretariat. It was signed by the General Secretary, Mohammed Sanusi, and was addressed to the CAF Secretariat.

The NFF said it was taken aback by the actions of CAF in responding to a query from Nigeria’s Special Presidential Investigation Panel on Recovery of Government Property (SPIP).

“First and foremost, the Nigeria Football Federation is surprised that as your affiliate, the Confederation Africaine de Football (CAF) would receive a letter with regards to an investigation into its activities from an agency in Nigeria, and CAF would proceed to reply such a letter without seeking some clarification/explanations from the NFF,” the NFF letter to CAF reads.

“We are in possession of a letter from the Special Presidential Investigation Panel on Recovery of Government Property (SPIP), dated 10th June 2019, and signed by its chairman, Chief Okoi Obono Obla, seeking information from CAF as part of its ‘investigation into the 2014 FIFA World Cup payment made to the Nigeria Football Federation. We are also in receipt of CAF’s response, dated 30th June 2019, and signed by the General Secretary, Mouad Hajji.”

According to the NFF, they were not aware of any investigation by this SPIP regarding the transaction under reference and the SPIP has never requested any clarifications from them with respect to such.

The federation also said that at no time did they ever claim or document anywhere in their financial record to have paid money to the Confederation of African Football to attend the CAF Congress held in Cairo, Egypt on April 7, 2015 as it is being claimed by SPIP.

“The only records the NFF has regarding any financial dealings with CAF are the records of the inflow NFF received from CAF at various times which are duly reported, audited and recorded in NFF Annual Audited Account prepared by PriceWaterHouseCoopers (PwC),” the NFF scribe said in his letter to the Africa football body.

In its explanation, the NFF frowned at the narration by the SPIP suggesting that monies were paid directly to CAF to attend its congress but the federation admitted that $565,471.00 from its Domiciliary Account was for well-spelled out purposes.

“Indeed, the NFF had on 2nd April 2015, withdrew the total sum of $565,471.00 from its Domiciliary Account being payments for 5Nr distinct activities including estacode payments to NFF delegation (3Nr Persons) traveling to the CAF Congress in Egypt via payment voucher number DOM/PV/44 which now carry the narration “Payments for CAF Congress in Egypt and Others,” another part of the letter written by the NFF secretary to CAF read.

It continued: “The amount of N60, 000 (Sixty Thousand Naira Only) and $19,269 (Nineteen Thousand and Two Hundred and Sixty-Nine American Dollars Only), (item 1 on the Payment voucher/retirement document) were the ONLY sums expended on the CAF Congress, and this was NOT paid to CAF, but constituted local transport (N60, 000) and estacode allowances ($19,269) for the NFF delegation (3Nr PERSONS) that travelled to Egypt for the Congress in 2015.

“However, the bank records’ narration only captured payments for “CAF Congress in Egypt and Others” as the narration for the payments, for the fact that the CAF Congress estacode was item number 1 on the Payments vouchers among the 5 items being paid for.”

The NFF said this clarification would have been made and the issues explained had the CAF Secretariat brought the letter from the SPIP to their attention.

While also providing other breakdowns of their financial expenses, the NFF faulted CAF for erring in the laid down procedure stipulated by world football governing body FIFA in its code of ethics

“More than the above and the foregoing notwithstanding, we would have expected first and foremost, that the CAF Secretariat would have drawn the attention of the SPIP to the FIFA Code of Ethics that stipulates without any ambiguity which institution has the prerogative to audit/investigate/inquire about monies paid to Member Associations of FIFA by FIFA. That institution, of course, is exclusively FIFA, and no other agency/ministry/panel or by whatever name constituted,” the NFF noted in its letter to CAF

It urged CAF to take all precautions, including carrying along its legal and other relevant departments, when receiving letters such as that from the SPIP.

Separate Corruption Probe
Separate from the SPIP investigation, leaders of the NFF, including Mr Pinnick, are being prosecuted for corruption by the anti-graft agency, EFCC.

Mr Pinnick and four others, namely: the NFF Secretary, Sunusi Mohammed; the 1st Vice-President, Seyi Akinwumi; the 2nd Vice-President, Shehu Dikko and an executive member, Yusuff Fresh, are being prosecuted for diverting $8.4 million from the NFF account in 2014.

While Mr Pinnick and his team continue yo face their corruption probe in Nigeria, FIFA has temporarily taken over the running of CAF over other corruption allegations involving Mr Ahmad and other officials.