Reasons why I protested against Pastor Adeboye – Baba Fryo 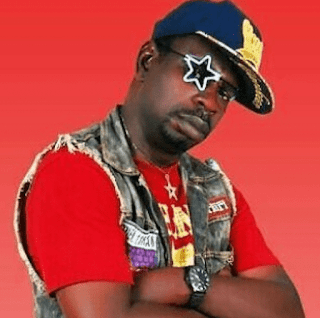 Few weeks ago, some old-time artistes such as Eedris Abdulkareem and Friday Igwe, aka Baba Fryo, had, took a protest to the Redemption Camp of the Redeemed Christian Church of God, headed by the revered cleric, Pastor Adeboye. The protesters called on Pastor Adeboye to comment on the state of insecurity in the country.

On why they singled out Pastor Adeboye for the protest, Baba Fryo revealed “Papa Adeboye can always talk to Vice President Yemi Osinbajo because they are close. He can always be our voice, and that is why we went there. He is an elderly man and a cleric, so he needs to come out to speak to the people and the government about certain issues such as the case of Leah Sharibu who is still being held hostage by Boko Haram. I don’t believe in worshipping any human being but God because I believe religion is man-made. My religion is love.


Reacting to the claims in some quarters that it was only when artistes were no longer relevant that they got involved in such protests, Baby Fryo said, “That is not true. I have always been a socially conscious artiste. If you can remember one of my songs titled, Kain Dey; it was a message to the government. I don’t need to consider people who think I have an ulterior motive for participating in the protest because they are nothing but a distraction.

They are supporters of the same government that is not doing well. I only have to focus on what I can do as my own contribution to the betterment of the country. You know, we have so many mad people in the country, so you don’t have to listen to everybody.

So far you know that what you are doing is right, go ahead and do it. Some people will support you, while some will criticise you. I know that what I did was right and I still want to do more. I will soon be releasing a song titled, Still on the same Matter, to talk about the parlous situation of the country.”

The singer also maintained that the aim of the protest had been achieved because Pastor Adeboye eventually spoke up. “At the end of the day, Pastor Adeboye actually spoke about it. He said he wasn’t being silent, but that he was quiet because of some certain factors.

When we went there, we did not fight anybody. Many pastors (there) came out and after that, they sat us down, they spoke with us and prayed for us. They also told us that we would hear from them, and I believe that is why Pastor Adeboye made those pronouncements, so I believe it was a success.”