Queen approves suspension of British parliament ahead of Brexit debate 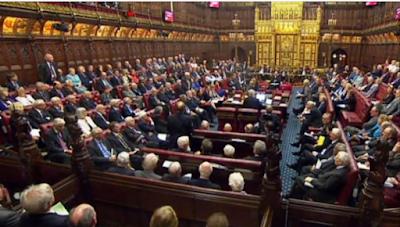 Queen Elizabeth II has given approval for the suspension of the British Parliament.

Prime Minister Boris Johnson, British had earlier announced the request that the parliament be suspended for five weeks.

According to him, the current parliamentary session had been running for too long “and needs to be brought to a close”.

Members of Parliament (MPs), who are currently on summer break, are expected to resume on September 3.

MPs have described Johnson’s plan as a ploy to prevent them from passing legislation against a no-deal Brexit on October 31.

Bercow said: “…it is blindingly obvious that the purpose of [suspending Parliament] now would be to stop [MPs] debating Brexit and performing its duty in shaping a course for the country.”

But Johnson has denied the allegations, saying the suspension has nothing to do with Brexit.

Jeremy Corbyn, Labour leader, said when the parliament resumes on September 3, “the first thing we’ll do is attempt legislation to prevent what he is doing”.

“Suspending Parliament is not acceptable, it is not on. What the prime minister is doing is a smash and grab on our democracy to force through a no-deal exit from the European Union,” he said.

“What is he so afraid of to suspend parliament to prevent parliament from discussing these matters.

“So when parliament does meet very briefly next week, the first thing we’ll do is attempt legislation to prevent what he is doing and secondly, we’ll challenge him with a vote of no confidence at some point.”