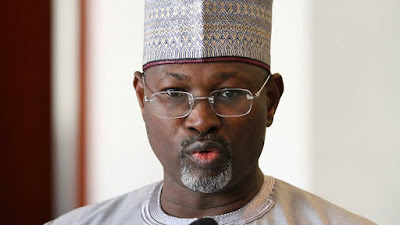 A former Governor of Kaduna State and leader of the Conference of  Nigerian Political Parties, Alhaji Balarabe Musa, on Monday, said the former Chairman of the Independent National Electoral Commission, Prof. Attahiru Jega, was welcome to the Peoples Redemption Party, the party he once deregistered.

Musa, now the Chairman of the Board of Trustees of the PRP, said it was under Prof. Jega that INEC deregistered the party and therefore, admonished the party to handle the former INEC’s boss’ coming into the party with caution.

According to the former governor, who spoke to members of the Kaduna council of the NUJ that paid him a Sallah visit at his residence in the state capital, Jega should not forget in a hurry that he once deregistered the PRP he is romancing now but the court reversed that decision.

Musa had relinquished the National Chairmanship position of the party on health grounds and settled for the BOT of the party.


Though he learnt of Jega’s coming into the party on the pages of newspapers, notwithstanding, the party membership and reorganization, he said,  was open to all to attract national outlook.

But Musa quickly admitted that the National Chairman of the PRP, Alhaji Falalu Bello, hinted him about three months ago of Jega’s interest to join the socialist-oriented party.

Musa said, “We have to exercise care and caution because who is Prof. Attahiru Jega; Prof.Jega was the INEC Chairman and under his chairmanship, PRP was deregistered. It became a big struggle for us.

“We approached the court and the court restated the party. But we have to sue the INEC chairman for contempt of court because when the court gave the judgement that our party should be restated, he refused to give us the recognition.

“The same person is coming to the party he once deregistered. He is welcome because we cannot reject him and since our party is public property and open to everyone, he is welcome.”