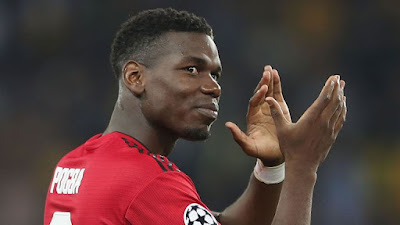 Paul Pogba missed a second-half penalty as Manchester United once again left Molineux disappointed after being held to a draw by Wolves.

On the ground where they were beaten twice in 17 days last season, Ole Gunnar Solskjaer’s side was forced to settle for a point as Ruben Neves’ stunning effort canceled out Anthony Martial’s 50th United goal. Having rotated heavily for the Europa League thrashing of Pyunik, Nuno Espirito Santo reverted to his established first XI, which included ten of the side that had beaten United here in last season’s league clash.


Solskjaer, meanwhile, made just one change to the side that had beaten Chelsea on opening weekend, with Daniel James’ goal-scoring cameo in that game enough to earn him a first start, in place of Andreas Pereira. Chris Smalling and Phil Jones were once again left out of the 18, while Alexis Sanchez was absent as his move to Inter Milan grow closer.

James was at the centre of the action early on, inciting the fury of the home crowd with a theatrical tumble that Jon Moss deemed worthy of neither a free-kick nor a booking for simulation. He was not so fortunate 15 minutes later, seeing yellow for a more blatant dive on the right flank, much to the delight of a raucous Molineux. By then, Manchester United should have been ahead as Marcus Rashford twisted Ryan Bennett inside out before hanging a delightful cross to the back post, but Martial failed to commit fully and the ball drifted harmlessly wide. Before the half-hour mark, however, the Frenchman had made amends.

Rashford was again the creator, though whether his delicate ball was intended for Martial, rather than the overlapping Luke Shaw remains up for debate, Manchester United’s number nine was onto it in a flash to fire a stunning finish high past Rui Patricio for his second goal in as many games. The Reds were in the ascendancy and might have doubled their lead on the stroke of half-time when Bennett gifted possession to Rashford, but the England man trod on the ball as he hurdled Willy Boly’s last-ditch tackle.

At times, the hosts had been guilty of trying to do things too quickly, finding Diogo Jota and Raul Jimenez high up the pitch, but isolated and outnumbered against Manchester United’s solid backline. They lost Matt Doherty to illness at the break, but his replacement, Adama Traore, immediately added an extra presence going forward.

The Spaniard won a free-kick within ten minutes of the restart, and from it, Jimenez thought he had found the leveller, crashing a brilliant flicked header off the far post, onto a clueless David De Gea and somehow away from goal. Less than 60 seconds later, however, the woodwork was with Nuno’s men, as Neves was allowed space on the edge of the box to set himself and curl a trademark pearler into the top corner, off the underside of the bar.

Pogba looked to single-handedly drag United straight back into the lead as his brilliant driving run drew a stonewall penalty from Conor Coady.

Where Rashford had scored from 12 yards at Old Trafford last weekend, it was Pogba himself who stepped up to take responsibility here, but eschewing his usual stuttering run-up, went for brute power and saw his effort well stopped by Patricio.

The result means that, after just two rounds of Premier League fixtures, only two sides, Arsenal and Liverpool, possess 100 per cent records.