Notify us of your foreign trips, Ministry advises govt officials 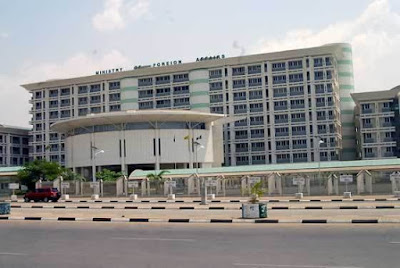 The Ministry of Foreign Affairs has urged government officials travelling abroad to inform the ministry and Nigerian missions in destination countries of their travel schedules to ensure their security and safety.

Ferdinard Nwonye, the spokesperson for the Ministry, made this known in a statement on Wednesday in Abuja.

The News Agency of Nigeria (NAN) reports that the advice followed the attack on former Deputy Senate President, Ike Ekweremadu, by the Indigenous People of Biafra (IPOB) on Saturday in Nuremberg, Germany.

Nnamdi Kanu, IPOB leader, has also threatened to attack government officials especially those from the Southeast visiting any country abroad, placing a N1 million Naira reward on credible information on their travel itinerary.


“The Ministry of Foreign Affairs has condemned in the strongest terms the attack on former Deputy Senate President, Dr Ike Ekweremadu, who was attending the 2nd Annual Igbo Cultural Festival organised by the Ndi-Igbo Community in Nuremberg, Germany.

“The Ministry wishes to empathize with the Distinguished Senator, as well as remind all dignitaries to endeavour to bring to the notice of the Ministry and Missions their impending travel schedules.

“This is to enable the Ministry thoroughly scrutinize the security status of the organisations inviting them for the meeting, and to make adequate preparation.

“As well as concrete steps to ensure that host law enforcement agencies are on hand to guarantee their comprehensive security.

“This advice is not to monitor their activities but to ensure their safety,” Mr Nwonye said.

The Foreign Affairs Ministry assured Nigerians that the government would work with relevant authorities in Germany to ensure that the perpetrators of the dastardly act were brought to book to serve as deterrence to others.

Mr Nwonye said the Federal Government had also called on Ukranian authorities to investigate the circumstances surrounding the death of Ejemai Ibukun, a Nigerian National who died on August 9 in Kharkiv, Ukraine.

The spokesperson said that information at the disposal of the Embassy of Nigeria in Ukraine indicated that Mr Ibukun was stabbed several times by his Ukrainian girlfriend and later died in the hospital.

Mr Nwonye said the death of the Nigerian citizen was quite unfortunate and the Ministry empathized with the family of the deceased.

He assured Nigerians that the Federal Government through the Mission in Ukraine was engaging with host authorities on investigations.

He said that the Nigerian government and had requested that a proper and thorough investigation be conducted in order to bring clarity to the incident and ensure that justice prevailed. (NAN)