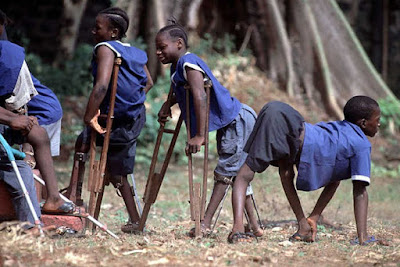 The Executive Director/CEO of the National Primary Health Care Development Agency, Dr Faisal Shuaib, on Wednesday said Nigeria had begun the process of documentation towards the final stages of being declared a polio-free society, saying that by June 2020, the country could achieve the status.

Shuaib revealed this at an event held in Abuja to celebrate three years without a case of Wild Polio Virus in Nigeria.

The NPHCDA boss said the last case of polio was recorded in Borno State on August 22, 2016. He stated that the success must be attributed to the commitment of President Muhammadu Buhari, who in 2016 released the sum of N9.8bn to fight a resurgence of the WPV executed by the agency.

He added that many health workers paid price while fighting polio, with some sustaining various degrees of injuries. He described them as heroes of the fight against the disease.


According to him, the agency, with the help from partners, responded to Buhari’s commitment and that of the Vice President Yemi Osinbajo with increased sensitivity of the surveillance system and deploying innovative strategies to reach children, especially in the inaccessible areas of Borno, Yobe and Adamawa States.

He said that efforts made to arrive at the celebrated milestone included international border vaccination, local transit vaccination, and vaccination at camps for Internally Displaced Persons.

He, however, said that the fight was not over, calling on political leaders at all levels to continue to provide the needed oversight and financial support for immunisation. He also urged traditional and religious leaders to sustain the mobilisation of the people to accept vaccination for their children.