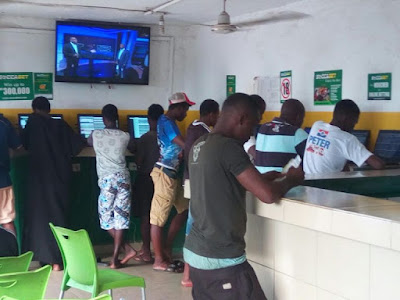 Both Kenya and Uganda have taken very strict stances against sports betting in the country. Both of the governments have mentioned how terrible of an effect an under-regulated gambling industry has on the local youth, however, this doesn’t mean that they’ve managed to get rid of the problem completely.

We need to look at the developments with hindsight. Is the ban on sports betting going to help the young people who are already addicted or the ones that have started to “get a hang” of gambling? No, absolutely not, in fact, it’s going to introduce an even worse type of gambling, Illegal gambling.


What were the issues in these countries?

As already mentioned, the young Kenyans and Ugandans had an issue with gambling too much on sports betting websites. They’d place weekly wages on a single game and lose it all within just a few hours. This was becoming a massive problem, but in order to somehow regulate it, a complete ban was definitely not an option.

The issue is the way the government looks at the demand for gambling. It’s not like getting rid of several websites or licensed offline casinos would diminish the demand right? The same issues happened in the United States during the prohibition. Licensed and honest companies that paid taxes on the goods and services they’d sell, were quickly engulfed by new laws that prevented them to operate.

Every honest business owner simply closed shop and found a new industry to start working in, but that doesn’t mean that the demand wasn’t there anymore. The same goes for gambling companies. If licensed and controlled entities close down, there will be absolute chaos in these countries due to illegal gambling outbreaks, in fact, they’re already there.

The gambling activities outside of the government regulated companies were also quite prevalent before the ban. Students would approach several illegal bookies on campus, give them some money in cash and say what they’re betting on. They didn’t have to go through some check-ups on the website and inside the casinos, while the illegal bookies didn’t have to pay taxes. All in all, it was a lose-lose situation for both the population and the government.

This is one of the reasons why Nigeria should not follow these footsteps because there are identical issues here as well. Although multiple online gambling websites are available on a daily basis, many gamblers prefer not to be tracked by the government, and therefore opt for illegal bookies.

The only difference is that online card games similar to Aussie video poker or blackjack are starting to gain traction in contrast to sports betting. I believe that the government should focus on popularising those “segments” of online gambling, rather than sports betting.

Why? Because finding online poker, online casino slots and various other casino games is possible only on websites that are regulated and licensed by the government, thus providing them with guidelines on how much they can allow a player to bet and etc.

Issues that a complete ban will cause

Let’s try and speculate what would happen to both Nigerian companies and Nigerian players should the government place a permanent ban on all forms of gambling.

The first thing to go would be the companies, obviously. In this sense, the government doesn’t have to force these companies to close, all they need to do is restrict them from offering their services to the local population, but that is also a death sentence. If Nigerian companies can’t cater to Nigerian players, they’re forced to focus on the European market, because Africa is starting to become “gambling-free”.

However, comparing the resources of these Nigerian companies and the ones that operate in Europe, it’s easy to see that they’re absolutely no match for them.

The loss of these companies means the loss of millions of dollars in revenue tax and the loss of thousands of jobs in an already very competitive and scarce job market.

Next comes the issue with the players themselves. Let’s assume that one day all of the available gambling platforms simply disappeared. Would a person who enjoys gambling stop right then and there? No, of course not. They’d go out and find either illegal websites, which bring the risk of losing all of their deposits immediately, without even having the chance to win anything or even cash out some of it, or just go to illegal gambling rings in the slums somewhere outside of cities.

It’s entirely possible that a ban on gambling could introduce “gambling cartels” to the country, which introduces competition between them. And what does competition do in a lawless industry? It warrants violence and crime.

Therefore, in its efforts to protect the financial situation of its citizens by banning gambling, the Nigerian government could create a less safe country in the process.