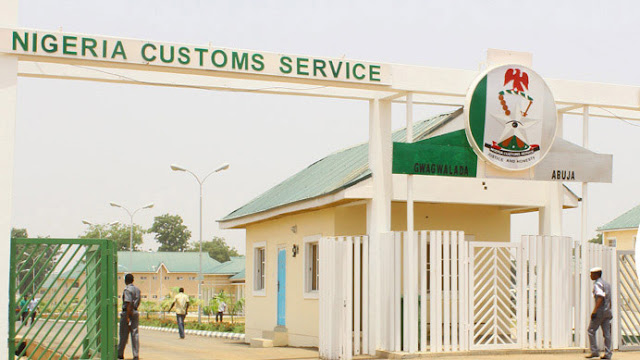 The Area Controller in charge of the port, Galadima Saidu, said yesterday that the stolen drugs were already seized, but the container was broken, while some drugs were packed into two vehicles.

He said Customs officers turned down the N1 million bribe given to them to allow the theft, adding that the cash was part of the exhibits.


”On July 30, at about 2240hrs, the command arrested some men who broke and opened a 1x 40 ft seized container comprising drugs warehoused and loaded into two vehicles, a Mercedes Benz Sport Utility Vehicle (SUV) with registration number: EPE 828 AR and a Toyota Camry with number plate EKY 159 BD,” Saudi said.

One carton and 10 packs of Really Extra-analgesic and anti-inflammative tablets.

Saidu said an interim committee was set up to investigate the incident, adding that the five suspects and the vehicles were detained.

He said an exhibit of N1 million was recovered from an officer, who was instructed to play along, in order to arrest the suspects.

Saidu said the suspects would be arraigned.

“It is regrettable that while the Nigeria Customs Service is working round the clock to free this country of illicit goods, some recalcitrant and unpatriotic citizens are not relenting in their desperate efforts to sabotage our efforts by spreading harmful drugs.

“The Nigeria Customs is poised to leave no stone unturned in ensuring that these perpetrators know no sleep as long as they refuse to give up,” he said