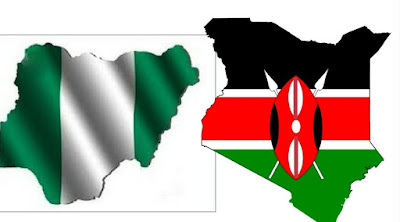 A Nigerian man, Obinna, has been deported on Sunday, after Kenya’s Interior Cabinet Secretary, Fred Matiangi, signed his deportation papers.

According to Standard Media, Obinna was arrested from the Kayole area in Nairobi after he had been on the run for a month when immigration and police announced they wanted him for questioning in connection with an incident in which 27 Nigerians were arrested at an apartment in Kilimani area in July.

Kenya immigration officials revealed that the 27 Nigerians arrested had been deported.


It was also revealed that Obinna had been linked to cases of drug trafficking and human trafficking in the region and had allegedly posed as a consultant to Nigerian High Commission in Kenya, before his arrest and subsequent deportation.