I was mocked, had insecurities as a child- Juliet Ibrahim 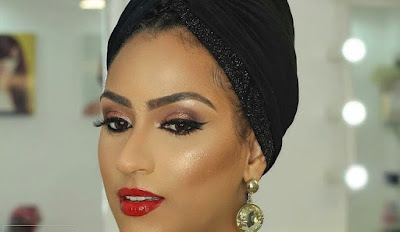 The beautiful actress who recently unveiled her book ‘A toast to life’ stated that she had her own insecurities when she was younger.

According to her: ”When I was much younger, I had my own insecurities. So as a young girl I struggle from being mocked by people, people laughing at my K-legs, my knocked knees, I use to feel a crooked smile because one of my teeth was overlapping the other. I felt that my hair wasn’t even good enough. I even had experiences where people felt I was mixed race so they would assume that my dad was well to do because at that time when you had a white father then you are the in thing and they would hatred and stuff like that.

So I had to deal with a whole lot like the colour of your skin will get her more opportunity but through growing up I realised that my parents would say ‘you are beautiful’ and I’ll take photos and I’d still the beauty but behind I’ll be feeling sad like people are not going to see it, people are not going to recognise that I am beautiful. I had a question one time that really made me realise that I was indeed beautiful and God made me the way I am. Someone asked me how does runway and knocked knees come together as in how do they per and I was like are you for real. So when they asked I had to think about it,” she said.


Ibrahim was born in Ghana to a Lebanese father and a Ghanaian/Liberian mother.

She made her first acting debut in the 2005 film Crime to Christ starring Majid Michel. Juliet’s first Nollywood film was Yankee Boys and she has features in more than 50 films afterward. In 2014 she produced her first film Number One Fan, where she stars as an actress being stalked on by a fan in the film. Her 2nd movie ‘Shattered Romance which paraded Nigerian and Ghanaian actors, launched amidst fanfare in Accra, Ghana on 5 December 2014.