Huge Asteroid set to pass by Earth next month 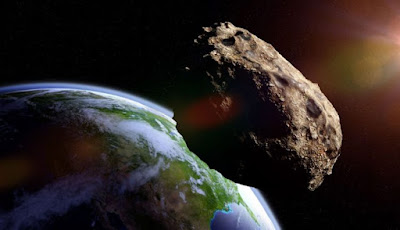 The Center for Near Earth Object Studies (CNEOS) of the National Aeronautics and Space Administration (NASA) has revealed a huge asteroid will zip past Earth on September 14.

It was gathered that the asteroid, known as Asteroid 2000 QW7, will come as close as 5.3 million kilometres to Earth when it passes by the planet.

The space rock, estimated to measure 650 metres in diameter, will be travelling at a speed of 14,361mph (23,112kmph) when it passes through our planet.

Earlier this month, an asteroid, known as Asteroid 2006 QQ23, whizzed past Earth without incident, and it has been said that Asteroid 2000 QW7 will pass without any incident as well.


Another asteroid that has been in focus over the last few weeks is the asteroid named after the Egyptian god of chaos and darkness known as 99942 Apophis.

It was initially believed that it will be crashing into Earth in 2029; however, further observations have removed that possibility.

The diameter of 99942 Apophis, which was last observed in 2015, is estimated to be approximately 370 metres.

Recently, Elon Musk, CEO of SpaceX, a company that designs, manufactures and launches advanced rockets and spacecraft, has voiced his concerns over the lack of a defence against asteroid collision.

“Great name! Wouldn’t worry about this particular one, but a big rock will hit Earth eventually & we currently have no defence,” Elon Musk tweeted in response to a tweet about Apophis.