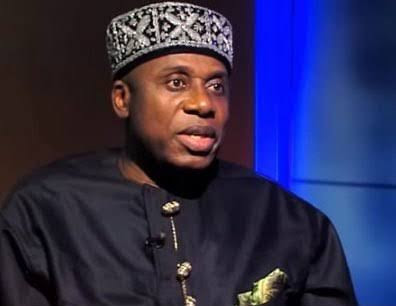 Minister of Transportation, Rotimi Amaechi has said that the federal government plans to introduce solar powered vehicles and vehicles that can dive on land and water.

The minister also said that the Federal Executive Council has given approval for the commencement of reduction in pollutant from vehicles in the country, saying such pollutants are creating serious health issues in the country.

Represented by the Director, Mass Transit and Road Transport in the Ministry, Dr. Anthonia Ekpa at the 9th quadrennial delegates conference of the National Union of Road Transport Workers (NURTW), the Minister said the Ministry will commence the implementation of the government approval on the reduction of pollutants in the country.

He said “Government has given the Ministry of Transportation a mandate to deliver on emission control, the reduction of pollutant from vehicles and we are beginning that immediately.


“The federal ministry of Transportation has introduced in the 2018/2019 budget what we called the solar powered vehicles and this is coming to you. We have also introduced vehicles that can drive on water and land.

Declaring the conference open, Secretary to the Government of the federation, Boss Mustapha commended the union for their contribution to the success of the 2019 election and asked the incoming leadership of the union to build on the successes recorded by the outgoing Executive.

Represented by the Minister of State for Labour and Employment, Senator Tayo Alaosuadura, the SGF informed the union that the government was putting in place policies that boost land transport in the country.

He said “As pioneers in transport unionism, it is heartwarming to know that your union has so far followed a healthy part in changing its leadership at all levels without rancour.

“I wish to also acknowledge the enormous contribution of NURTW to our national development especially in providing employment to our teeming youths, sensitising commercial drivers on safety and organising other vehicular activities in our motor parks across the country.

“The union has also fought poverty by providing loans to small and medium transport operators which is second to none. I am glad to inform you that government is doing all that is necessary to give policy direction and guideline as well as provide conducive environment for the transport industry to smoothly operate and thrive.

“You will observe that the Muhammadu Buhari administration has invested so much on rad construction and rehabilitation across the country. This effort is to reposition the transportation sector for inclusive socio-economic development, peace and security of the country.

“I want to also assure that this administration will continue to commit a reasonable chunk of our income to safe, smooth world class road network. You are also enjoined to partner with the Federal Roads Safety Commission in ensuring that all drivers obey road signs and regulation as this will bring safety to all road users.

“I want to assure you that the President has continued to strengthen the unity of trade unions through constant consultation and collaboration. Let me use the opportunity to express Mr. President’s appreciation for the role the Road Transport Union played in the successes of the 2019 general elections.”

In his good will message, President of the Nigeria Labour Congress (NLC), Comrade Ayuba Wabba said expressed delight over the unity that currently exists in the union.

Wabba disclosed that members of the union have contributed tremendously to the GDP of country saying “it is clear from available records that the Road transport contributes about 90 percent of the GDP in the transport sector because goods and services have to be moved from one place to the other.”

Yasin informed that the election of its new leadership started with the amendment of its constitution to include four more national offices and allowing each of the six geopolitical zones to go back and elect three representatives, adding that the election of the new executives was concluded about three months ago.

He disclosed that it was the decision of the national leadership of the party that executives at all levels of the union can only spend two term and vacate office for others to take their turn.

He asked the members to go back to their states and begin the process of electing new executive members, stressing that the process must be concluded before the end of October 2019.