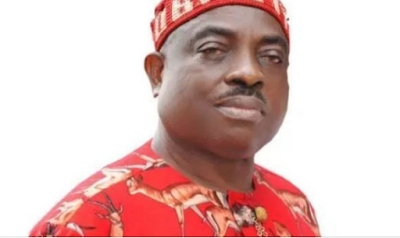 The federal government says it may introduce a special allowance called ‘Scarce Skills Allowance’ to curb the persistent challenge of brain drain.

“Some years back, we looked at how to attract our highly skilled citizens that work outside the country and discourage those within the country from migrating to other countries,” he told NAN.

“The idea is that after receiving the salary that is obtainable in the country, you have this extra remuneration to make their pay a bit comparable to what they could receive outside the country.

“The problem, however, arose with the definition of scarce skills. The government set up a committee and the commission did the whole work gathering stakeholders to define what scarce skills meant.

“What we aimed to target are those skills that are not readily available in the country, that if you need them, you may have to resort to going abroad.

“The issue it created was that people in some areas, especially the health sector tended to mistake scarce skills with specialisation.

“So, if you go somewhere, get a certificate on something, then its scarce skills. Scarce skills are things you can’t find easily.

“You can specialise but if there are many of you that have that specialisation then it doesn’t make it scarce. So that became an issue.”

Egbule said that the government may reconsider introducing the Scarce Skills Allowance to curb human capital flight, if it is properly defined, packaged and presented.

According to a report of the International Organisation for Migration, 64% of Nigerian emigrants have tertiary degrees and are highly skilled professionals, especially in medical fields.

Human capital flight has a negative effect on the economy because the skills of remaining nationals may not be sufficient to grow critical sectors of the economy.