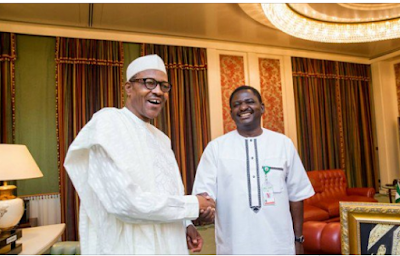 Femi Adesina will retain his position as special adviser to the president on media and publicity as President Muhammadu Buhari prepares to announce more appointments this week.

Adesina was initially rumoured to have been shortlisted for a ministerial appointment before the entrance of Rauf Aregbesola, former governor of Osun state, into the fray.

Both of them are from Osun.

The senate leadership has also nominated a former member, Omoworare Babajide, from Osun, to replace Ita Enang as presidential aide on the upper chamber.

Babajide was twice elected senator for Osun east district in 2011 and 2015.


“In the spirit of his cordial relationship with the senate, the president asked them to nominate someone they can work with and they picked Babajide,” a senator from the north-east revealed.

“We expect the cordial relationship to continue so that the president can deliver on his Next Level agenda.”

Enang, a former senator, occupied the position from 2015 till now.

Meanwhile, TheCable understands that Vice-President Yemi Osinbajo has written to Buhari seeking approval for the appointments of his aides but president has not yet responded.

A source in VP’s office revealed that Osinbajo sent the request last week.

All Osinbajo’s aides are officially attached to the president.