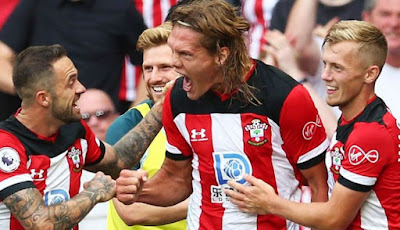 Jannik Vestergaard cancelled out Daniel James’ stunning strike as Manchester United were held to a 1-1 draw by 10-man Southampton at St Mary’s Stadium.

James gave the visitors a 10th-minute lead with an unstoppable diagonal drive – the Welshman’s third goal in four games for United – but Vestergaard equalised shortly before the hour-mark when he powered home a cross from Kevin Danso, who was then sent off for a second yellow card.


United pushed for a winner in the closing stages, with James, substitute Mason Greenwood and Ashley Young all going close, but they were unable to make their man advantage count, making it three Premier League games without a win for Ole Gunnar Solskjaer’s side.