El-Rufai has been reduced from dwarf to leper; abandoned by Buhari – Senator Sani fires back at Kaduna Gov 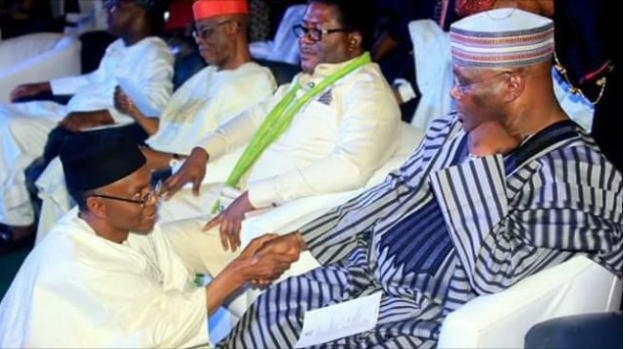 Immediate past senator representing Kaduna Central, Shehu Sani, has described the governor of Kaduna State, Mallam Nasir El-Rufai as a leper, who has been abandoned by friends.

Senator Sani said the governor’s height has been reduced from “dwarf” to a leper and has also been abandoned by President Muhammad Buhari and his men.

The former lawmaker was apparently reacting to a comment credited to governor El-Rufai on Thursday, where he averred that Senator Sani had been reduced to a mere “blogger” since his defeat by his opponent in the last general elections.

NigerianEye had, in a report, quoted El-Rufai as saying, “We have kicked out Shehu Sani, who has now become a blogger and Uthman Hunkuyi who has now relocated to China with his family for not giving the people of Kaduna State the opportunity of getting the loan that will help in improving the lots of Kaduna people.”

But Sani, in a statement Thursday evening, lambasted the governor, saying he was focusing on his presidential ambition while kidnappers had taken over his state.

He said, “I’m pleased to have reduced the height of El-Rufai from a dwarf to a leper who was rejected by the Governors forum.

“Mr El-Rufai, I’m not responsible for removing your name from the entourage of those who traveled to Japan with Mr President after wasting your three days in Abuja. Eat Yahuza Suya, since you missed the Sushi.

“El-Rufai is more focused on his presidential ambition, while his state is under the siege of Kidnappers”.

The former lawmaker advised governor El-Rufai to face the President’s men who threw away his list of ministers and also threw out his luggage from Japan trip.

“He is still obsessed with the World Bank Loans and using it as an excuse to justify his incompetence, while his counterparts in other states are busy commissioning and executing projects.

“Since you are still angry for not getting the loan, i can help you with some high heels shoes to increase your height,” said Sani in the statement.