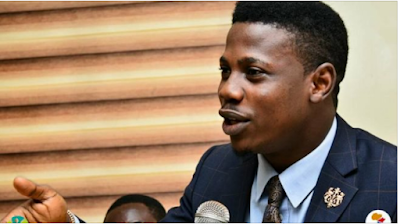 Scores of members of the Oyo State chapter of the ruling Peoples Democratic Party (PDP), on Thursday stormed the state House of Assembly complex to protest against the nomination of a 27-year-old man, Seun Fakorede as commissioner.

It was gathered that Governor Seyi Makinde of the state recently sent three additional names of commissioner-nominees to the Assembly. The nominees, which included Seun Fakorede, an indigene of Ibarapa North Local Government Area, Professor Raphael Afonja and Mrs Fausat Sani were billed to be screened by the lawmakers when the protesting PDP members stormed the Assembly on Thursday.

The protesting PDP members, who were led by Oyo South Senatorial Chairman, Sir. Samuel Olawuwo, called on the lawmakers to turn down the nomination of Fakorede.

While justifying their call for the nullification of his nomination, Olawuwo said both Fakorede and his father had long left the party and also worked against the victory of Governor Makinde in the last election.

Olawuwo said, “When we voted, we thank God that we won at the state level. We won at the senatorial level. By the time we were campaigning about, the governor promised us that anytime he wanted to pick either the commissioner or any other office, he would consult us. But he didn’t do that when he wanted to pick Seun Fakorede.

“Our people in that area have plans for whatever we do. We have slated the commissionership slot for Tapa, and to which that has been done. So, Commissioner for Local Government and Chieftaincy Affairs Mrs Olufunmilayo Orisadeyi is from Tapa.

“We slated House of Assembly for Igangan and that has been done. For Idere, we slated caretaker chairman. Then, we slated the slot for House of Representatives to Igboora. If there is another chance, Igboora is going to be the next place to be considered for commissioner. But that was not done.

“We totally reject the nomination of Seun Fakorede. If the governor wants to nominate another person, we are not quarrelling with that. But that family, we are totally rejecting it. The people participating in this protest are from Igboora, Idere, Aiyete, Tapa, Igangan.”

But, the protest seem to have no effect as the lawmakers confirmed and approved the three nominees at Thursday’s plenary.

Despite the outcry, the Assembly screened and confirmed Fakorede, Afonja and Sani amid controversies.

Fakorede while responding to questions from the lawmakers on plans for the state owned football club, said the Shooting Stars Sports Club (3SC) is very important to the state government and with the help of all stakeholders in the sport world, things will turn around for the club.

Fakorede said that the protest is an internal matter that would be settled in due course.

While answering question on what she will do to address child abuse in the state, state, Sani advocated strong punishment on whoever violate child’s right and engages in any form of abuse.