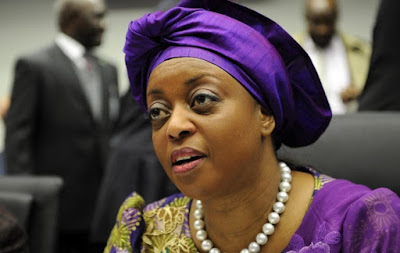 Justice Nicholas Oweibo fixed the date to give parties time to respond to pending applications.

The court, on July 5, ordered the temporary forfeiture of 2,149 pieces of jewellery and a customised golden iPhone recovered from Alison-Madueke’s home.

According to the Economic and Financial Crimes Commission (EFCC) which obtained the order, the items were suspected to be bought with illicitly acquired funds.


When the matter was called yesterday, prosecuting counsel Rotimi Oyedepo informed the court that he had just been served a counter affidavit by the defense and would need time to respond.

According to Mr Oyedepo, an adjournment will ensure that all responses to the application can be entertained at the same time by the court and necessary ruling delivered.

A representative of Prof Awa Kalu SAN, counsel to the defendant also informed the court that they would appreciate an adjournment as the chambers’ resources are currently overstretched.

Mrs Alison-Madueke is the defendant in the application filed pursuant to Section 17 of the Advance Fee Fraud and Other Related Offences Act Number 14, 2006.

The EFCC said it found and recovered the jewellery and the customised golden iPhone “on the premises of the respondent”.

The anti-graft agency added that it reasonably suspected that the former minister acquired them with “proceeds of unlawful activities”.

According to a schedule attached to the application, the jewellery, categorised into 33 sets, include “419 expensive bangles and 315 expensive rings”.

EFCC said: “The respondent’s known and provable lawful income is far less than the properties sought to be forfeited to the Federal Government of Nigeria.”

But the former minister is praying the court to order that the items be returned to her.

She accused the EFCC of illegally gaining access to her apartment and taking the items without a court order.

Besides, she said seizing her jewellery was a violation of her fundamental right to own property under sections 43 and 44 of the 1999 Constitution and “to appropriate them at her discretion”.

Mrs Alison-Madueke, who is said to be under investigation in the United Kingdom (UK), urged the court to reject EFCC’s prayer to permanently forfeit the jewellery and the golden iPhone to the Federal Government.

The former minister contended that the court lacked jurisdiction to grant the interim forfeiture order.