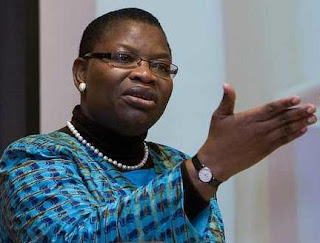 Former Minister of Education and activist, Oby Ezekwesili has called on President Muhammadu Buhari to release the presidential candidate of the African Action Congress, AAC, in the February 2019 presidential election, Omowole Sowore immediately.

Operatives of the Department of State Services, DSS, in the early hours of Saturday arrested Sowore, who is also the convener of ‘#RevolutionNow’ protests.

Sowore posted a distress tweet at exactly 1:25am with an eyewitness confirming that his phone was forcefully taken from him.

Reacting to this development in series of tweets, Ezekwesili said all well-meaning Nigerians should stand with Sowore and defend his constitutional right and freedom to protest any matter of governance that worried him.

She said Sowore’s convening of the citizens to protest poor governance through the #RevolutionNow- is constitutionally guaranteed.

“If our Nigerian President, Muhammadu Buhari and the Federal Government and Aso Rock are not completely out of touch with the reality of distress of majority of citizens of this country, they would handle Sowore’s right to convene #RevolutionNow wisely.

“Many of us his fellow officers of the citizen stand with him. I therefore join the voices of all well-meaning Nigerians to ask Aso Rock, Buhari to free Sowore now!

“Aso Rock ought to know that they cannot sustain this unconstitutional habit of repression against citizens’ rights. All these persistent acts of the Nigerian President to shrink the public space with rabid level of intolerance for dissension will surely fail,” she said.