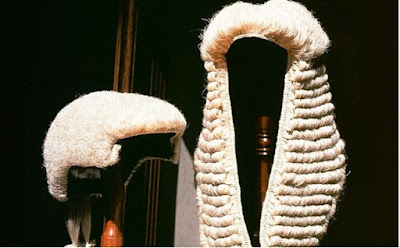 A Federal High Court judge, Idrissa Saleh, declared missing since Saturday, has been found at a filling station in Nyanya, a satellite town in the Federal Capital Territory, Abuja.

The FCT police spokesman, DSP Anjuguri Manzah, confirmed to our Correspondent that Saleh was found on Tuesday (today).

He said, “The missing judge has been found; he was located at a filling station in Nyanya.”

But Manzah could not ascertain if Saleh was found by the Police or his family members.


It was earlier reported how the judge discharged himself from a hospital where he was undergoing treatment and went out in a taxi to an unknown location since Saturday.

Saleh’s disappearance caused panic among his family members who reported the incident to the Police.

A family member had said that the judge left the hospital where he was being treated without informing the management.

He had said, “Justice Saleh was admitted in the hospital and he left in a taxi without disclosing his whereabouts to anyone.

“Even the management of the hospital was not aware of his movement.

“I think he has a problem, which he didn’t share with anyone, but the Police are treating it as a case of missing person and they are actively searching for him as we speak.”

The Commissioner of Police, Federal Capital Territory, Bala Ciroma, had said the matter was not considered a kidnap case.