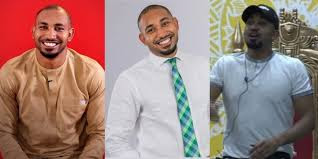 Jeff has become the eight housemate and the third male to be evicted from the Big Brother Naija 2019 house.

On Sunday, August 4, 2019, Ebuka Obi-Uchendu announced the eviction of Jeff from the Big Brother House.

The banker's exit comes after spending a total of 35 days and five weeks in the house.

This is the fifth eviction in the Big Brother Naija Pepper Dem edition which kicked off on June 30, 2019. 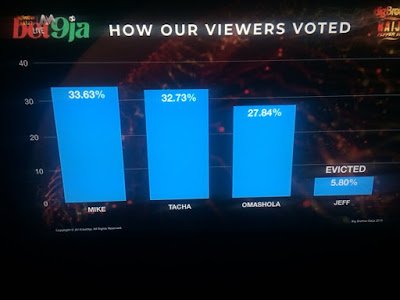 Jeff was popular for being the strategist of the house. The banker was first Head Of House for the housemates.

Jeff was nominated for eviction alongside Mike, Omashola and Tacha.

After the first eviction, which saw Isilomo and Avala leaving the house, the ex-housemates said Jeff was living a fake life in the house and playing the strong.

On July 21, 2019, Tuoyo was evicted and became the first male housemates to be evicted.

On July 28, 2019, Nelson and Thelma were evicted from the BBNaija house.

21 youths made it to the Big Brother House to become the housemates of the BBNaijaseason 4 tagged Pepper Dem.

In a twist, five more housemates, Cindy, Elozonam, Venita, Joe and Enkay were added to the reality show making the housemates 19 all over again.

The eviction continues for the next six weeks when the show comes to an end.