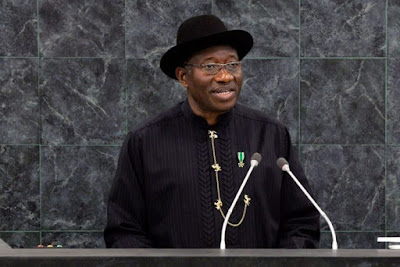 Yekini Nabena, deputy national publicity secretary of the All Progressives Congress (APC), has described ex-President Goodluck Jonathan as “a push and start president” who never won an election.

“Push and start” is a local parlance used to describe a faulty car that does not start until it is pushed.

Nabena said this in reaction to a statement credited to the former president.

At a Peoples Democratic Party (PDP) stakeholders’ meeting in Yenagoa, Jonathan had said the All Progressives Congress (APC) lack political presence at all levels of Bayelsa state.

But speaking with journalists in Abuja on Thursday, Nabena said the APC defeated the candidate of Jonathan in his senatorial district during the general election.

The APC deputy spokesman cautioned the former president to be mindful of making “misguided comments so as not to ridicule his person.”

“Jonathan is a push and start president who is attempting to rewrite history on presidential elections conducted under his watch in Bayelsa state while he was president,” he said.

“He never won as votes never counted. Aided by security agents, election results were simply announced by the election body in favour of the PDP.

“Former President Goodluck Jonathan even lost in his senatorial zone in the last 2019 National Assembly election won by the APC candidate. So one wonders the party Jonathan refers to as not being on ground in Bayelsa state.”

He accused the PDP of planning to rig the forthcoming governorship election in Bayelsa.

“It is clear that no amount of falsehood and rigging can stop PDP’s imminent defeat in the forthcoming governorship election,” Nabena said.