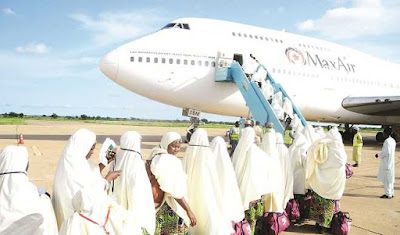 About 25,000 Nigerian pilgrims on Friday afternoon arrived in Makkah, Saudi Arabia, for the 2019 Hajj.

The Representative of the National Hajj Commission of Nigeria in Saudi Arabia, Dr Aliyu Tanko, confirmed this in Makkah.

The Hajj rites will reach its peak on August 10 when pilgrims are expected to climb Mount Arafah.

Fielding questions from journalists on Friday, Tanko said more pilgrims were on transit from Jeddah and Madinah to Makkah to take part in the rites.

He said about 150 buildings (hotels) had been secured by the states to house the pilgrims in Makkah.

He said NAHCON only supervised the process involved in getting the hotels at reasonable prices unlike in Madinah where they were fully responsible for the accommodation of all pilgrims.

Tanko urged the pilgrims to consider what they ate to avoid challenges, noting that anyone who missed Arafah had not performed Hajj (pilgrimage).

He also told the pilgrims to acquire knowledge about pilgrimage, adding that scholars were brought to guide them in order to achieve acceptable Hajj.

The NAHCON chief said, “Pilgrims should know what to do at every point. They should know the dos and don’ts of Hajj.”

He also advised them to respect the laws of the land and the rules guiding Hajj, as well as avoid dealing in prohibited items in Saudi Arabia.

To cater for the health of the pilgrims, Tanko added that NAHCON had established two major clinics and three sub-clinics in areas where the country had a huge concentration of the guests of Allah in Makkah to prevent them from trekking before getting care.