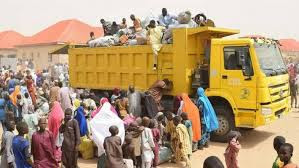 A total of 25,000 persons displaced by banditry in Zamfara State have so far returned to their villages and towns, following peace efforts by the Governor of the State, Bello Matawalle.

Alhaji Sanusi Kwatarkwashi, the Executive Secretary of the Zamfara State Emergency Management Agency, made the disclosure in an interview with News Agency of Nigeria in Gusau on Friday.

Kwatarkwashi said that the state recorded 37,000 Internally Displaced Persons in the heat of the banditry.

He said the returnees had gone back to their normal business of farming, animal rearing and other activities.

Kwatarkwashi said the remaining 12, 000 IDPs were in Katsina, Kaduna, Kebbi, Sokoto and some part of Niger Republic.

He gave the assurance that the state government was set to return them to their towns and villages as relative peace had returned to the state.

“I believe all IDPs in the host communities want to go back to their homes rather than to continue to stay with friends or relatives,’’ he said.

Meanwhile, one of the returnees, Sani Saidu from Gusami village in Birnin Magaji Local Government Area of the state, has commended the governor for the dialogue with the bandit.

Saidu noted that it was the dialogue that made it possible for him and others to return to their ancestral homes.

“Most of us did not have any form of disability but were forced out of our homes to live in IDP camps or with relatives as a result of the activities of the bandits.

“We depended on begging and hard labour to survive; we shunned the temptation of joining the bad gang,’’ Saidu said.