Why I decided not to have s3x in the Big Brother House- Isilomo, ex-housemate 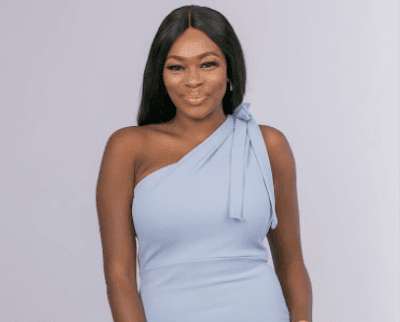 Isilomo Braimoh is a recently evicted housemate from the ongoing reality TV show, BBNaija has revealed why she decided not to have s3x in the BBNaija House.

In her words, Braimoh noted that she refused to engage in s3x because the BBN house is a controlled environment.

“I planned to take everything as it came while in the house; the only thing I decided not to do was to have s3x in the house. I wouldn’t go as far as being in a relationship because it was a controlled environment, she said.

Speaking further, Isilomo maintained that she thought it was a joke when she was evicted.


“When I was evicted from the house, I thought it was a joke. Even after I got on the live eviction show, I thought we were going to be ushered into a room to wait but we were put on a bus with our luggage. It was then that it dawned on me that it was happening. That was the only time I ever cried about it. Later, I shook it off and let it go. Since then, I have not cried again. If I am given the chance to go back to the house; I will jump at it”.