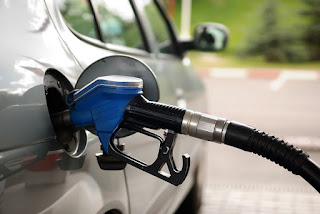 The Nigerian National Petroleum Corporation has said it will continue to bear the cost of subsidy on petrol.

It, however, said it could not tell when the corporation would stop fuel subsidy.

The NNPC’s Group Managing Director, Mele Kyari, recently stated that the price of petrol in most West African countries was higher than N300 per litre. But the pump price of the commodity is N145 per litre in Nigeria, with the corporation bearing the remaining cost burden on every litre of the commodity consumed across the country.

Kyari’s statement raised speculations that the corporation might increase petrol price, but this was swiftly denied by the national oil firm.

But when asked whether the NNPC would continue to bear the subsidy on fuel, the corporation’s Group General Manager, Group Public Affairs Division, Ndu Ughamadu, told our correspondent in Abuja on Friday that the oil firm was the supplier of last resort and as such must keep the country wet with petroleum products.

He said, “For now, we are absorbing the cost in line with our responsibility as supplier of last resort and we are managing our debt. Where marketers are not supplying and not bringing in products, if we join them, the entire nation will suffer. So, it is our responsibility to keep the country wet when others fail to provide products.”

Meanwhile, the organised labour on Saturday said it would not be a party to any government’s measure or policy that would increase fuel price in Nigeria.

The Secretary of the Joint National Public Service Negotiating Council, Alade Lawal, who is Secretary General of the Association of Senior Civil Servants of Nigeria, told one of our correspondents that it would be insensitive for the government to increase the pump price of fuel while workers continued to earn what he described as ridiculous salaries and allowances.

He said, “With the current state of affairs where the government keeps wages at a ridiculously low level, nobody will support that any amount should be added to fuel pump price. Workers will not allow the government to take them for a ride.”