Ooni urges Yoruba to unite against killings in South-West 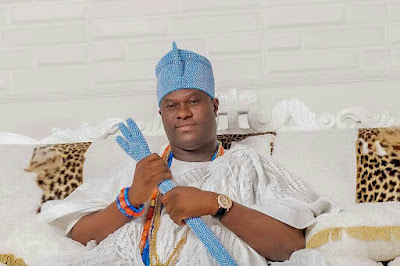 The Ooni of Ife, Oba Adeyeye Ogunwusi, on Sunday said it was high time the South-West geopolitical zone united and defended itself against bandits killing its people.

Ogunwusi, who said the  South-West had had enough of the killings by suspected herdsmen, said, “I call on all the people of Yoruba race at this time to be united. The time has come to end these killings. These killings must end, enough is enough.”

The monarch spoke at Kota Ekiti in the Ekiti East Local Government Area of Ekiti State during the thanksgiving ceremony organised in honour of a member representing Ekiti South Federal Constituency II in the House of Representatives, Femi Bamisile.

The traditional ruler, who said Yoruba people could no longer fold their hands and allow their people to be slaughtered, urged them to be united at this time and protect their territory.


Bamisile, a former Speaker of Ekiti State House of Assembly, who said the South-West geopolitical zone would definitely defend itself, said stakeholders in the zone were already talking.

He said, “The death of Pa Fasoranti’s daughter, Mrs Funke Olakunrin, is one of the greatest mistakes that ever happened in the South-West. With the step that we are taking, we are moving ahead to stop the killings.”

In his sermon, Rev. Emmanuel Abejide of Methodist Church of Nigeria, declared that the current security situation in the country was unfortunate.

Abejide warned that things might get worse unless the leaders put on their thinking cap.