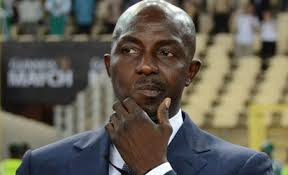 Samson Siasia, an ex-international and former Coach of the Super Eagles has disclosed that Algeria is a better team than Nigeria on paper, ahead of the semi-final clash on Sunday.

Siasia, a former Super Eagles coach, however, noted that Algeria will miss the services of one of their key players which will be an advantage to Nigeria.

“We must be sincere to ourselves in analysing our chances in this clash. The Algerians are a really tough side to beat any day,” the former Super Eagles player and coach told NAN.

“They have the team. If you look at the materials which they have, strikers like Adams Ounas and Youcef Atal who both picked up an injury, Riyad Mahrez and Baghdad Bounedjah who missed the penalty against Cote d’ Ivoire vote.


“These are quality and dangerous players who can hurt any team any day.

“However, with the absence of the injured Ounas and Atal, I am hopeful that this could be an advantage for the Eagles who have a fully fit squad heading into this encounter.

“Players like Samuel Chukwueze, Ahmed Musa and Moses Simon could be key players in Coach Gernot Rohr’s side and a constant menace down the right and left flanks with their strong runs, which are capable of posing a threat to any opposition’s defence,’’ he said.

Siasia recalled that the two countries had met on eight several occasions at the AFCON, adding that the record was evenly balanced with three wins each and two draws.

“Interestingly, Nigeria and Algeria have met twice in the AFCON final with each country gaining a win.

“So, we are optimistic that we can go one step better than the Desert Foxes this time around,’’ he said.