I pity anyone that wants to pay my dowry- Damilola Adegbite 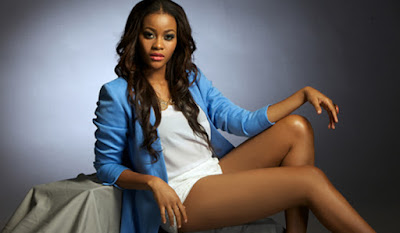 When you think of Damilola Adegbite three words comes to mind, beautiful, elegant and sexy. After her marriage to Chris Attoh hit the rocks in 2017, the actress has refused to give marriage another shot.

Speaking in a chat with BBC Pidgin, Adegbite noted that people won’t let her rest over the issue of her marriage. The beautiful former Tinsel star said her marriage and relationship should be left to her alone to handle.

“These people won’t let me rest. I was advised to settle down, I tried it and it didn’t work out. I had thought that after my failed marriage, people would let me be. But I goofed. They are still on this marriage case. Everyone should learn to mind their business, there are other things going on around the world at the moment.

“Let that love wait (laughs). Life at 34, it is so sweet. As I get older, I’m becoming fresher and aging backwards. I pity anybody that wants to pay my dowry and marry me now. You would have to sweat it out. But surely enjoy it all,” she gushed.


Asked if she reached out to her former husband over the loss of Jennifer Bettie, his wife, Adegbite said: “Why not? He’s my son’s father, so I just had to. I don’t have a choice. I believe that whatever happened between us was destined to be. On this particular issue, someone’s life was involved, so, it’s very sensitive. No matter what happened between us, it is not good to wish someone dead. Chris was part of my life, so why won’t I reach out to him?”