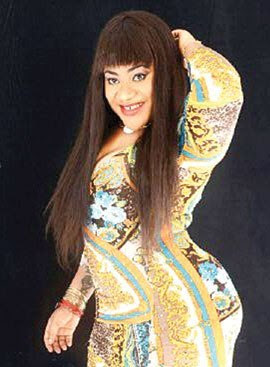 Nkechi Blessing Sunday has undoubtedly risen to become one of the most visible actresses in Nollywood.

Though Nkechi has been involved in several controversies, she says it has been instrumental to her success so far.

The role interpreter fond of taking sensual photos in the course of the week clinched an endorsement deal. However many doubted the new deal, saying it must have been faked.

In a recent interview, she said:  “I don’t need to fake anything to make myself look successful on social media. Wholesale Naija is a reputable company and I am not the only actress they have as their ambassador. What they paid me to be their ambassador for a year is worth it and is okay for me.”


“I think all the controversies (I’ve been involved in) have helped my brand to grow more acceptable to a wider audience. My social media engagements have increased and the way I have carved a niche for myself amidst all the controversies, has made brands to pay attention to me as someone who can be of value to them. I remember someone once told me I could never get an endorsement deal because of my past behaviours but God has proved them wrong. Right now, I am a brand ambassador of over four reputable companies,” she noted.