‘I didn’t get fair hearing’ — Elumelu kicks against suspension 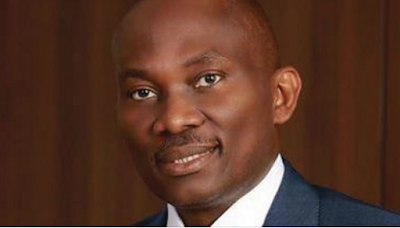 Ndudi Elumelu, minority leader of the house of representatives, has kicked against his suspension by the Peoples Democratic Party (PDP).
Describing the decision as “hasty”, the lawmaker called on the PDP leadership to rescind it.
The PDP national working committee (NWC) suspended Elumelu and six others on Friday, over their alleged role in the sidelining of the party’s choice candidates in the house minority leadership.
Elumelu had emerged the house minority leader against the wish of the party which had endorsed Kingsley Chinda from Rivers state.
The other lawmakers, who had also emerged minority officers, are Wole Oke; Lynda Ikpeazu; Anayo Edwin; Gideon Gwadi; Toby Okechukwu and Adekoya Abdul-Majid.

In a statement issued in Abuja, Elumelu said he was unable to honour the invitation of the party’s panel because he and the others indicted had travelled out of Abuja before receiving it.
He added that he had asked the PDP NWC to reschedule “only for the party to hastily” suspend him and the others “in flagrant contravention of the principles of fair hearing.”
He said: “As loyal party members, we had thought that the PDP NWC would have availed us the opportunity of fair hearing, robust and constructive engagements before taking such drastic action on elected representatives who have over the years, strengthened and protected the corporate interest of the party and Nigeria in general.

“We love PDP and we are ready to meet with the party leadership  as we have no other party to call our own than the PDP. We, therefore, call on the NWC to rescind its decision of suspending us,in the interest of the PDP, the National Assembly and Nigeria as a whole.”