How we saved Obasanjo from being removed as president – Gowon 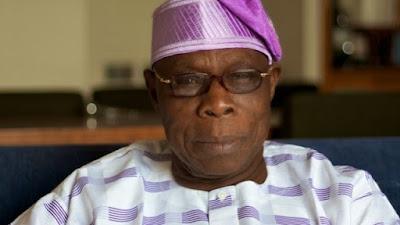 A former Head of State, Gen Yakubu Gowon, said on Saturday he and another ex-Head of State, Gen Abdulsalami Abubakar, were among key figures who stopped former President Olusegun Obasanjo’s impeachment by the National Assembly in 2007.

Gowon said Obasanjo was able to complete his tenure because he and other prominent Nigerians convinced then-Speaker, House of Representatives, Ghali Na’Abba, and then-Senate President, Pius Anyim, to let peace reign.

Gowon said these at the Maj Gen Emmanuel Abisoye Foundation lecture at the University of Abuja tagged, ‘Nation Building or Nation Fragmentation: Reflections on 20 Years of Post-Military Rule in Nigeria’.


He is the foundation’s Chairman, Board of Trustees.

Gowon said his action was informed by the need to save Obasanjo’s successors from embarrassments by the legislature.

He said if the legislature had succeeded in impeaching Obasanjo, other presidents would have suffered a similar fate.

While commenting on Na’Abba, who was also a guest on the occasion, Gowon said, “I can assure you that we had some very important discussions and I know that we had to appeal to him and the President of the Senate not to impeach Obasanjo. Of course, because of the respect they had for us, they listened to us.

“This is because if we had allowed them to impeach the President at that time of our democracy, no President in Nigeria would escape being harassed. So, I thank you very much for listening to us.

“Like me, the late Emmanuel Abisoye chose to join the Nigerian military in preference to other careers which he was eminently qualified. His achievements in his military career showed that he took the right decision to serve his country.

“As young as we were then, our ideals were not self-seeking. Rather they were focused on the growth and development of a strong, stable, viable and indivisible nation.

“As his Commander-In-Chief during the Nigerian crisis of 1967 to 1970, I found his scorecard commendable; he fought gallantly, courageously.”

On his part, the guest lecturer and a former Minister of Foreign Affairs, Prof Ibrahim Gambari, lamented that after 20 years of democracy in Nigeria, there were still agitations across the country.

He said, “The issue of the various agitations in Nigeria points to the fact that all is not well.

“According to the great novelist, Chinua Achebe, a toad does not run in daytime for nothing. On the other hand, there are millions of Nigerians who want and work for the unity of our country. They recognise that Nigeria is part and parcel of the destiny of Africa. They believe that we would be better off together than being apart, and that we are the leaders of the continent. Thus we must lead by example and not just ascription.