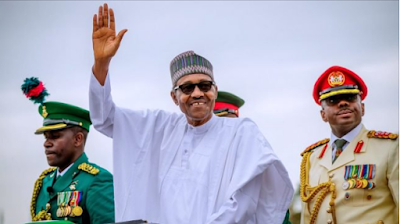 A federal government delegation has told a United Nations special panel that tales about harassment of journalists only exist in the realm of imagination.

In its submission to the UN human rights committee that reviewed Nigeria’s situation on civil and political rights, the delegation said no journalist has been detained for years.

The government delegation comprised of Nigeria’s permanent mission to the UN, officials of key government ministries such as interior, justice, foreign affairs, defence, as well as Department of State Services (DSS).

The committee reviewed the implementation of the provisions of the international covenant on civil and political rights in Nigeria.

In its report made available on its website, the committee quoted the Nigerian delegation as saying the country respects the rights of citizens and follows due process during prosecution for offences committed.

Responding to a question on the alleged use of libel accusations to harass journalists “who were critical of the government”, the Nigerian delegation said, “no journalists had been detained.”

“The harassment of journalists only existed in the realm of imagination.  There is a free press in Nigeria,” it said.

“Certainly, the Government had electronic media outlets, but there were also several media outlets that were privately owned.  In the capital, there was even a private radio focusing on human rights called Human Rights Radio & TV.”

On the military’s alleged detention of a large number of women in the north-east, Audu Ayinla Kadiri, Nigeria’s permanent representative to the UN office in Geneva, was quoted as saying “to the best of the delegation’s knowledge, this was not true”.

Checks on the issue revealed that at least five Nigerian journalists have been detained in controversial circumstances in recent years.

For instance, Samuel Ogundipe, a reporter with Premium Times, was detained by the police for four days over a story on the report submitted to Acting President Yemi Osinbajo on the blockade of the national assembly.

Uthman Abubakar, the north-east regional editor of Daily Trust Newspaper, was also detained by the Nigerian army for about 48 hours over a story the medium published which the military claimed revealed its ‘plan on the fight against insurgency’.

Timothy Elombah, the editor of Elombah.com, an online platform, and Daniel Elombah, its publisher, were both detained for days for allegedly publishing an article which police authorities were said to have found  ‘offensive and defamatory’.

Jones Abiri, a Bayelsa-based magazine publisher, had also been detained without trial for about two years over accusations that he was aiding Niger Delta militants.