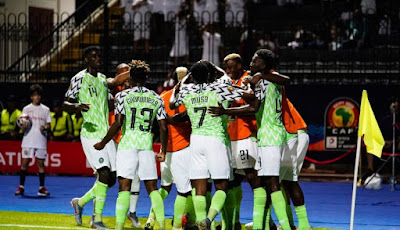 Bonfrere, who led the Eagles to 2000 final, where they lost to Cameroon on penalties, admitted that Gernot Rohr’s side could have done a lot better at the tournament with the quality of players they had in their team.

“I don’t think the third-place finish was the best they could have reached,” Bonfrere told Sports Extra.


“They have good players but no good football team. They should have at least reached the final, which they could have won.

“I believe that with these players you should play better team football to enable you win games. The reason they play this kind of football is because of the defending tactical plan.”

The Dutch coach, however, refused to blame Rohr for his conservative approach during the tournament.