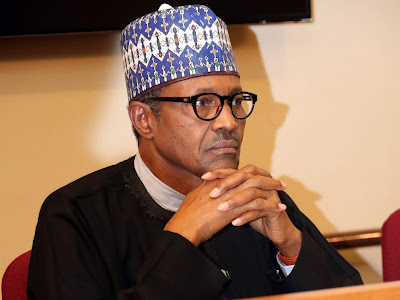 The National Chairman of the Peoples Democratic Party, PDP, Prince Uche Secondus has called on President Muhammadu Buhari’s to declare a state of emergency on the security situation in the country.

Secondus made the call during a press conference in Abuja Tuesday evening.

He said, “Buhari, declare state of emergency on security, Nigeria collapsing under your watch.

“Recall that I addressed you here in April on the worsening security situation in the country. Then female international aide worker was killed in Kaduna state amidst the endless bloodletting across the country.

“Between April and now the security situation in the country has gone from bad to worse forcing concerned patriotic leaders to voice out alarmingly to President Muhammadu Buhari that the nation is collapsing under his watch.”

Former President, Olusegun Obasanjo, had made a similar call to Buhari, warning that the country may break into uncontrollable crisis.

Secondus added, “Former President Olusegun Obasanjo in a timely tirade to the President on Monday raised all the issues and properly situated the security position in the country.

“He went further to highlight the implications of the current state of the nation and where we are headed if urgent steps are not taken.

“As National Chairman of the main opposition party I cannot agree less with the former President when he said among other things ‘the main issue, if I may dare say, is poor management or mismanagement of diversity which, on the other hand, is one of our greatest and most important assets. As a result, very onerous cloud is gathering.’

“And rain of destruction, violence, disaster and disunity can only be the outcome. Nothing should be taken for granted; the clock is ticking with the cacophony of dissatisfaction and disaffection everywhere in and outside the country…’

“Before Obasanjo’s letter, the Catholic Archbishop of Abuja, Cardinal John Onaiyekan had warned the President of what he called ‘the cloud of destabilisation hovering’.

“Also the country’s only Nobel Laureate Prof Wole Soyinka had to declare that the problem of Nigeria has gone beyond President Buhari Quote.

“‘The problems of this nation are beyond the solution that can be offered by this government, that’s the first admission; they have to stop thinking in partisan government.

“‘There is a minimal level which any government, which has been elected to power, must achieve to be considered a true representative of the people.

“‘Look at what’s happening today with cattle all over the place, that’s a security issue, which should never have reached this level if we have a leader’

“Respected Elder statesman former Governor of Kaduna state Mallam Balarabe Musa also joined his voice to that of these compatriots to urge Nigerians not to be afraid to tell the government the truth that they have failed woefully.

“‘This government of Buhari is the worst in the history of Nigeria, every patriotic Nigerians should come out and talk to Buhari and save the country from war.’

“The PDP whole heartedly associates itself with the position of these patriotic Nigerians and urges President Buhari to respond appropriately their timely advisories by declaring state of emergency on security in the country and go further urgently to address the issues raised in Obasanjo’s letter.

“There is no doubt that the only thing apparent in President Buhari and APC administration is incompetence and this is clearly underscored in the way and manner they are handling the affairs of governance which has continued to take a huge toll on the nation.

“The level of bloodletting occasioned by the barrage of criminalities across the country can only be happening in a country without government.

“The killing of Mrs. Funke Olakunrin daughter of Pa Reuben Fasoranti, leader of the Yoruba socio cultural organization, Afenifere is the height point of murdering of innocent Nigerians across the land.

“It certainly cannot be well for a nation that creates an ugly situation where a 94 year old Nationalist would be burying her 58 year old daughter. Sad! This certainly is not Nigeria of our dream.”