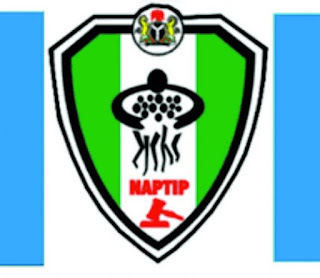 The National Agency for the Prohibition of Trafficking in Persons on Wednesday raised the alarm over the activities of criminal gangs who used fake job vacancies and scholarships to lure Nigerians to “some of the notorious Middle East countries.”

The anti-trafficking agency said many of the victims had ended up as sex slaves while others had their organs harvested and subsequently died.

The NAPTIP Director-General, Julie Okah-Donli, gave this warning at a press conference in Abuja to commemorate the 2019 World Day Against Human Trafficking under the theme, “Human trafficking: Call your government to action.”

The DG added that the agency had so far been able to prosecute and secure the convictions of 403 human traffickers.

She said, “I wish to alert the nation to the emerging tricks in human trafficking which should be urgently addressed in order to protect our loved ones. Some of the tricks involve advertorials calling for the recruitment of young Nigerians as drivers, nurses, maids, fake offers of scholarships and non-existing football clubs in some of the notorious Middle East countries.

“These young Nigerians are targets of organ trafficking and eventual death in the process, labour exploitation and sex slavery. Many of them that have ignorantly responded to these invitations are going through hell. Many have died while a few lucky ones survived with bitter experiences.

“In order to address this situation, we have commenced discussions with various regulatory bodies such as the International Air Transport Association, the National Association of Nigerian Travel Agencies and also the Nigerian Medical Association to ensure that their members do not aid or abet human trafficking.”