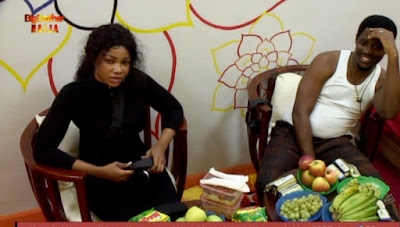 A number of the housemates including Tacha and Thelma were caught unawares and almost broke down after the fake announcement. Few minutes after, Tacha was also pranked and she was told to leave the house.

The basic rules to the #BBNaija Secret Room:

1. They are not Evicted
2. They are still Housemates and must conduct themselves as such.
3. They must not be noisy.
4. No whispering allowed, they must speak in low tones.https://t.co/b3NmxOdPcj pic.twitter.com/NF857YodY9
— Big Brother Naija (@BBNaija) July 21, 2019

Tuoyo, this night became the fifth housemate and the first male to be evicted from the Big Brother Naija 2019 house.

21 youths made it to the Big Brother House to become the housemates of the BBNaija season 4 tagged Pepper Dem.

The eviction continues for the next 10 weeks when the show comes to an end.