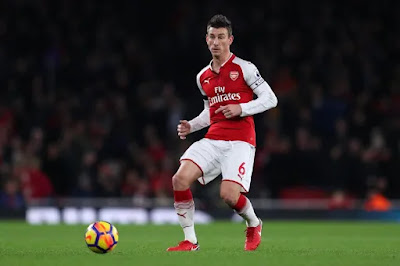 Arsenal manager Unai Emery said he is awaiting a decision on Laurent Koscielny after the captain refused to travel with the squad for their pre-season tour to the United States but added the Premier League club must “keep moving ahead” regardless.

The 33-year-old French centre-back, who has a year left on his contract, has been linked by the British media with a switch to Ligue one clubs Girondins Bordeaux and Olympique Lyonnais.

Emery told a news conference after Arsenal defeated Colorado Rapids 3-0 that “I spoke with him three times for his situation. We wanted him to come with us but he decided to stay.

“For me now, it’s clear. We need to keep moving ahead. We are playing with the spirit to create a new way.


“Koscielny, who joined Arsenal from French side Lorient in 2010 and has made over 350 appearances, was still an important player.

“Now it’s a matter for him and the club.

“They need to speak and are speaking about his situation. I am waiting on his conversation and decision I can’t say more than that,” the manager said.

Arsenal takes on Bayern Munich on Wednesday, before matches against Fiorentina and Real Madrid as part of the International Champions Cup.

Emery’s side, who finished fifth in the league last season, kick-off their new campaign at Newcastle United on August 11.