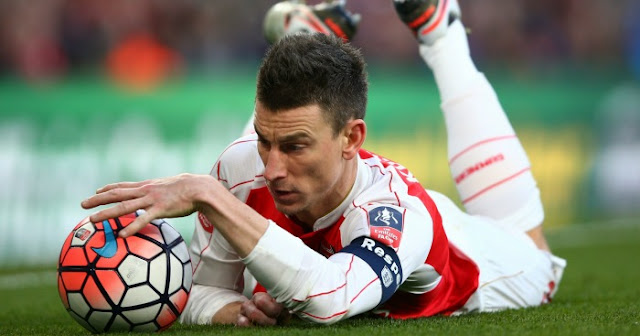 Arsenal legend Ian Wright believes captain Laurent Koscielny is threatening to ruin his "legacy" at the club after refusing to go on the pre-season tour of the USA.

The 33-year-old was due to fly out to the USA with the rest of the squad on Thursday, but the club announced that the defender would not be travelling.

"For our captain to refuse to go on a pre-season tour after nine years of unbelievable service, to destroy your legacy a little by refusing to play for a club is something that is baffling me," said Wright, speaking on his own YouTube channel.

"Why Laurent? Who are your advisers and what are they saying to you?"

"Shame on all his advisers for giving him this type of advice, this does not set a good example to the youngsters"