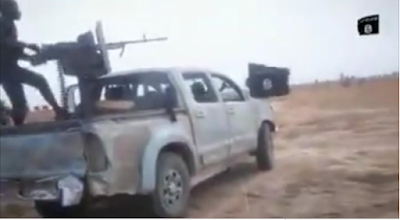 Boko Haram insurgents have reportedly killed at least six soldiers in an attack on a military base in Kareto, a community in Mobba local government area of Borno state.

The insurgents, who were said to invaded the military formation on motorbikes, reportedly staged the attack around 7pm on Thursday.

The incident is coming less than a month after a report that the insurgents killed 25 military personnel while they were evacuating people from some villages.

Suspected members of the sect also engaged soldiers in a gun battle at Sajere ward in Maiduguri, Borno capital, on June 1.

A source revealed that the insurgents engaged soldiers in a gun duel for about three hours on Thursday.

Among those said to have been killed was the commanding officer of 158 battallion, while “many soldiers” were missing as of the time this report was filed.

On Friday, Boko Haram took to Amaq, its news agency to claim responsibility for the attack, saying over 20 soldiers were killed.

Called to comment on the attack, Sagir Musa, army spokesman, referred TheCable to Usman Sadiq, Borno police spokesman, saying “he is in the best position to speak on that”.

When  called,Sadiq, redirected our correspondent to Musa.