REVEALED: INEC received N1.47 billion for servers ahead of 2019 election 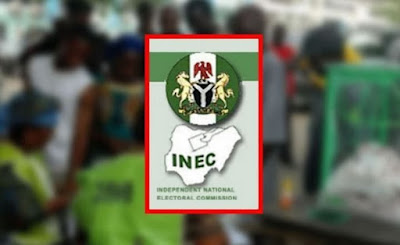 The Independent National Electoral Commission (INEC) received N1.47 billion to replace and maintain computer servers for use during the 2019 general elections.

It is not clear though how the servers, which store computer data, were used during the polls. But the finding raises fresh concerns over the commission’s recent claim it had no server for the elections.

The electoral commission declared Mr Buhari winner of the February 16 election, but Mr Abubakar, his main challenger, has rejected the decision, saying his win was suppressed by INEC.

The electrocal commission, INEC, has disputed Mr Abubakar’s claims, and has denied transmitting election results electronically or saving them on a server.

PremiumTimes reports that INEC’s budget for the 2019 elections, and the spending plan shows the electoral body collected from the federal government N1.47 billion for servers. The commission requested N2.27 billion.

It is not clear whether these servers were used for the elections , or whether election results were transmitted electronically. INEC insists it did not send results electronically to a server, but some ad hoc staff used during the polls have claimed they were instructed to send the results to a “central server”.

A spokesperson for the commission, Festus Okoye, said the budget for servers was made in anticipation that President Buhari would sign the amended Electoral Act to allow electronic transfer of voting results.

He said the commission will at the appropriate time explain to Nigerians how it expended the money it got for servers and the entire huge N143.5 billion budget it got for the polls.

CONTROVERSY
Mr Abubakar, backed by his party, Peoples Democratic Party (PDP), said he won the election with about 1.6 million votes, contrasting the results released by INEC.

The former vice president said he sourced his figures from INEC’s database. In response, INEC has strongly denied operating a server for the election, saying such activities were not permitted by the electoral law.

The commission accused Mr Abubakar of circulating fake results. Mr Buhari and his ruling All Progressives Congress (APC) also sided with the electoral umpire and alleged criminal interception of a public institution’s communication by Mr Abubakar and the PDP.

In a response to INEC’s denial of the server and its purported result, Mr Abubakar has submitted affidavits from 12 persons they said worked for INEC as election officials.

A civil society group, Youth Initiative for Advocacy, Growth and Advancement (YIAGA), said its observers saw polling officers ‘attempting’ to transmit results electronically in 65 per cent (961 of 1489) of polling units observed on the presidential Election Day.

After the postponement of the election by a week, the Resident Electoral Commissioner in Akwa Ibom, Mike Igini, lso said the commission made provisions for a central collation server.

“…The fact is that I am aware that at the polling unit, the same result is there, the duplicate has been given to the party agents and transmitted to the central server. Without talking to me, both of you have the result,” the official said during a Channels TV programme aired on February 18.

While it is not clear what servers INEC says it does not have, the budget details, published by the Policy and Legal Advocacy Centre, a civil society group, showed INEC allocated N2.27 billion for servers in the N143.5 billion approved for the commission.

Another N157.5 million was budgeted for the renewal and maintenance of cloud infrastructure.

ast August, the National Assembly Joint Committee on INEC approved N143.5 billion for INEC for the 2019 general election as requested by the president.

A breakdown of the budget for servers in the N143.5 billion is as follows:

2. N99.7 million budgeted for an upgrade of the server version of OpenVR for compatibility with new Dell server.

3. N157.5 million budgeted for the renewal and maintenance of cloud infrastructure.

INEC’s Responds
In a response via text message on Saturday, Festus Okoye, INEC’s National Commission said the commission did not use electronic servers for transmission of results because the amended electoral act was yet to be signed into law.

“The Commission prepared and assumed that the amendment to the Electoral Act may be signed into law”, Mr Okoye said.

He said the commission will eventually give account of the resources budgeted and used for the election but failed to clarify questions on the type of servers INEC budgeted for and how the money was spent.

“…It is patently wrong to write ruling and judgments for the Courts. The onus is on the petitioners to prove their assertions relating to the issue of results and servers,” he said, referring to the litigation filed by Mr Abubakar.

Rotimi Oyekanmi, INEC’s spokesperson, said the commission stood by the position made by its lawyer in court on the matter.

“I cannot say anything outside what the lawyer said. What he said is the position of the commission,” Mr Oyekanmi said in a phone interview Saturday.

Nigerians React
Meanwhile, Nigerians are criticising the INEC over the confusion surrounding the use of servers during the election.

While some expressed shock, others demanded that INEC be held accountable for misappropriation of funds meant for servers.

Shehu Sani, former Kaduna senator twitted, “It’s interesting and wonderful to know that INEC has no server or rather ‘serverless’.”

“INEC on this day denied that they didn’t have server during 2019 presidential election. My question is: Me that worked as a P. O during the election where did I transmit my Elections results? With this am seeing many people not making heaven at last,” One.acre @NekkaSmith said.

“The anyhowness in Nigeria is why INEC will stand in court &dare to say that they do not have servers. Why did INEC request the large sums to deploy IT infrustracture?”