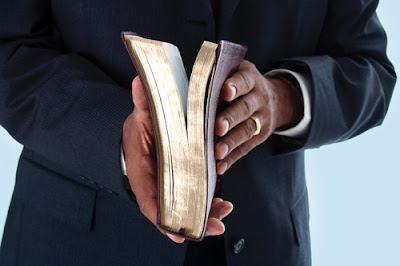 A man identified as Pastor Hossana Okoi of Gate of Testimony Church Sierra Leone has been arrested by The Cross River State Police command for allegedly raping a lady.

The State Commissioner of Police, Mr. Austen Agbonlahor, said Pastor Okoi had claimed that his church was located in Sierra Leone and that he was arrested after a lady reported to the police that a pastor, who was supposed to pray for her had raped her and threatened her with a gun not to report the incident, daily Post reports.


He said the command was ready and has strategized to stamp out criminals in the state and solicit support from traditional rulers to join hands in the fight.

“We shall stop at nothing in ridding the state of criminals. I want to equivocally state that the command has assiduously strategized an onslaught on these criminals across the state and we will never renege on this no matter whose ox is gored.


However, Pastor Okoi told reporters during an interview that he was framed up by the lady in question.

“I am a Nigerian but I am the pastor of Gate of Testimony based in Sierra Leone.

“I came to Nigeria and I met the lady, who said she was going to a wedding. I did not know her from Adam, but I offered to take her there and gave her N500 to drink water.

“Later, we met at a joint and we drank and that is all that happened. I did not take her to anywhere and I don’t know why she decided to frame me up.”